The song ‘Go Away’ is taken off his newly released project tagged, “Apollo” Album.

In addition, “Apollo” is a 17-tracks album which housed smash hits like ‘Eli‘ and ‘Tattoo‘, and features the like of Olamide, Wande Coal and D Smoke.

Finally, the catch song was produced by Tpye A. 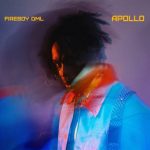